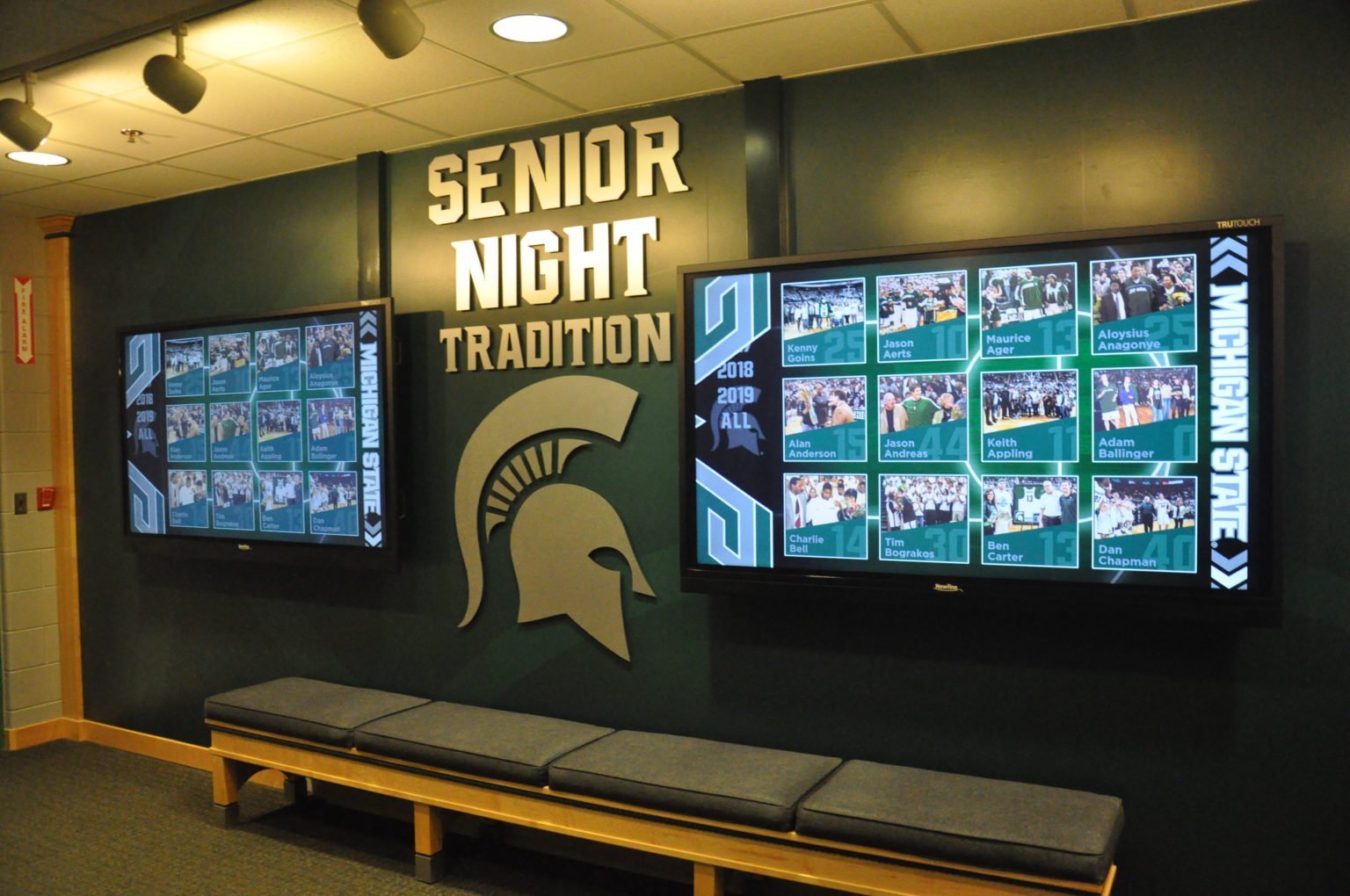 Dedicated in 2019 to honor the late mother of former MSU spartan Mateen Cleaves, the Frances Cleaves Family Center is located outside the Spartans’ locker room and lounge in the Breslin Center. The space is designed to accommodate relatives and friends as they wait for players after the games.

Designing the player wall came with some challenges – most notably, it would have been impossible to honor 25 years of MSU’s star players on a single wall. To address this spatial challenge, Red Dot Digital Media, Carousel Digital Signage and BrightSign collaborated to create an interactive experience that makes it easy for visitors to scroll through and learn about MSU’s basketball alumni.

“MSU’s basketball program now has a player wall of fame that the university will never outgrow,” said Darryl Kuder, CEO of Red Dot Digital Media. “Touch-interactive displays are perfect in this case because MSU can add new players for decades and never need to expand beyond these two displays in the Frances Cleaves Family Center.”

The player wall of fame takes advantage of two wall-mounted 75-inch Newline interactive touch displays. Content created on Carousel Digital Signage’s CMS platform is fed by a pair of BrightSign XT1144 media players to enable the interactive experience. Viewers navigate a vertically scrolling list of graduation years on the left of each display. Each year displays names and images of players matching that particular graduation year. Once a player is selected by tapping his corresponding image, detailed information is revealed about the player’s accomplishments on and off the court.

Creating a digital platform for the player wall of fame is particularly useful in that subsequent graduating classes can be added with ease. University personnel have access to a shared Google Sheet for easy addition of future players. Adding new players is as simple as populating text and images to the Google Sheet connected to Carousel’s CMS platform.